I thought it would be a good idea to have a thread centered around custom builds where we can share advice, crituqes and sugestions for MOC fodder.

I'll kick things off. Want to build a custom van for my turtles. Originaly it was just going to be an upscaled version of the vehicle from the battle shell bridge set but then i noticed how off model that build was. It was going to be as close as i could get to the 2003 van but I have since thought of features I would like to have that arent present on the show model. It needs to be fairly large to fit the new bodies, which are much bigger than the MB turtles, a small computer station in the back, a small vehicle and missle launchers hidden in the front of the vehicle.
Heres what I have so far as a plan. 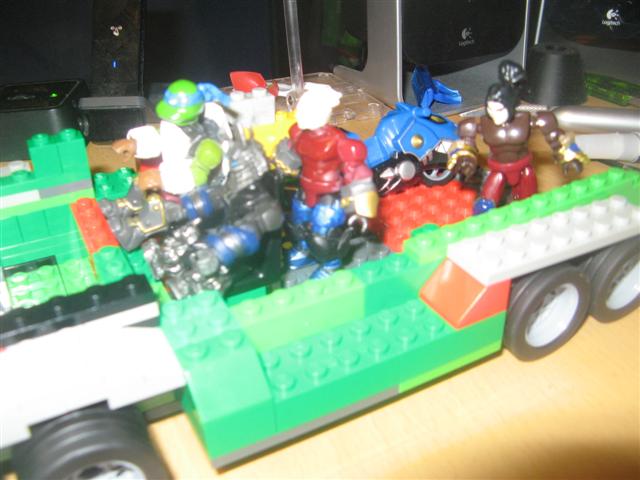 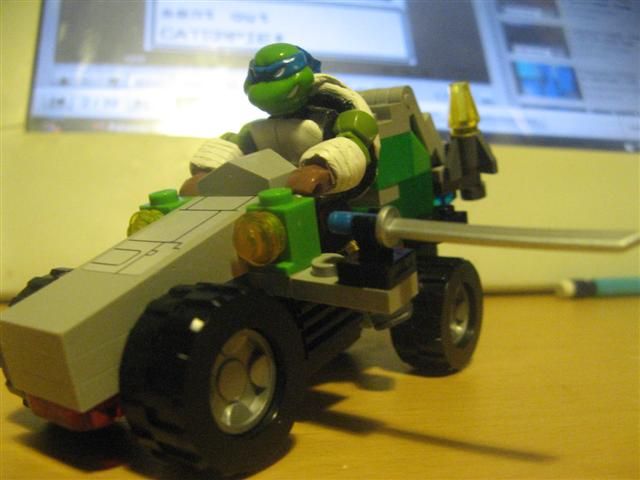 I think it will need to be a bit bigger though. I was playing with my halo warthog and figured those camo deco blocks would be perfect. Now I was looking around for a set with plenty of of these bricks and then some. I have narrowed it down to 2: The halo Pelican drop ship or the Elephant. Both of these sets look to have more than enough bricks for what i need and other use full pieces.

Any idea which one would be more benifical to me or is there a better way I could source the camo deco bricks?

Well, I happened to have the Elephant, and it uses alot, and I mean ALOT of 2x4 bricks in that Camo, as well as a great deal of 1x8, 1x6s and others in that metric. The Peli uses some too, but uses more plates than the Elephant. With what you're looking to build, I reckon the elephant would be the best bet. I'll also gladly take the figures off your hand for either of those sets

Thanks fishy. Just watched reviews of these 2 and GEESUS!!! They are HUGE! Both pretty bad ass. The elephant would make a sweet TMNT ride on its own. Any way I can get a parts list for the pelican? Im leaning towards that. Less pieces but its got other elmenents I think could work well for my build.

Look up the instructions through Mega's customer service. They should have the Peli and the Elephant on there.

so are you wanting it to be in scale with the new 5 inch line?

No I want it to be inscale with the Megablocks figs. Specifically the WOW bodies.

Had a look for on Mgeas site, found the elephant and its parts list. Theres allot to work with for sure but couldn't find the pelican anywhere.

ohh ok, I as confused.

Similar topics
» WHAT ARE YOU PLANNING TO COOK FOR CHRISTMAS DINNER ?
» BADASS Labor Day Cookout ****It's BACK ON!!!!!!****
» So a little planning goes a long way...
» anyone else wondering what kishi will be planning iwth this?
» Banlist decklist (Post ur decks u r planning on using here to show people ur plans for the new format) a bit late post srry