Thanks guys! Nothing worse than getting killed by this guy in the game, He's a boss when you first meet him, but then you find others like him in another section as minor enemies. It's like realizing you were dying over and over on the first koopa in Mario, then finally defeating him, you see a dozen more lol.

Sandman didn't look human to me, so to the undead pile

The Redskull faces were all leftovers from customs anyways, figures why let them waste away. 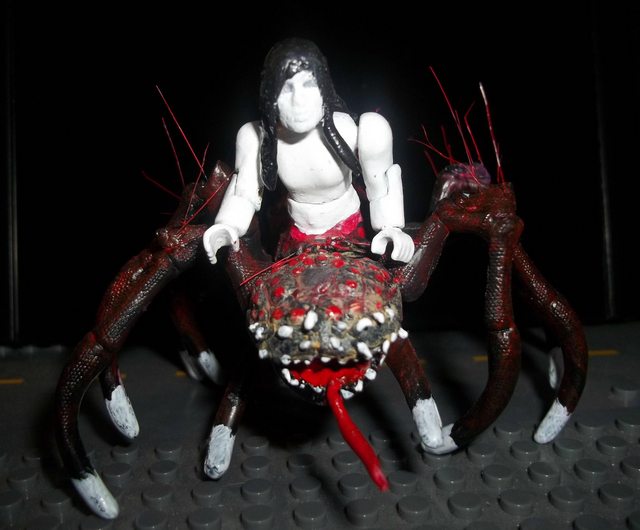 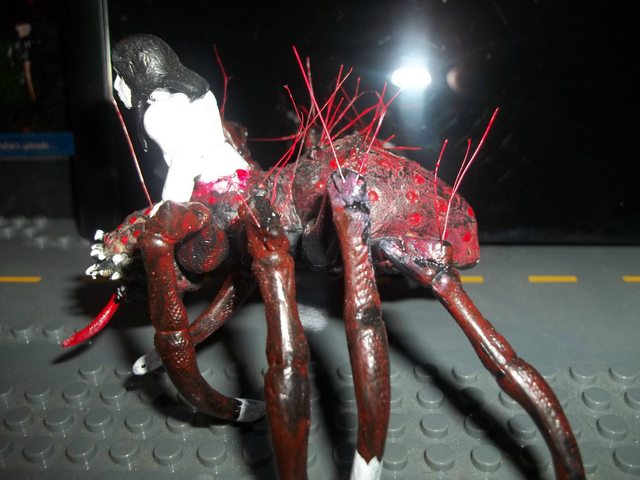 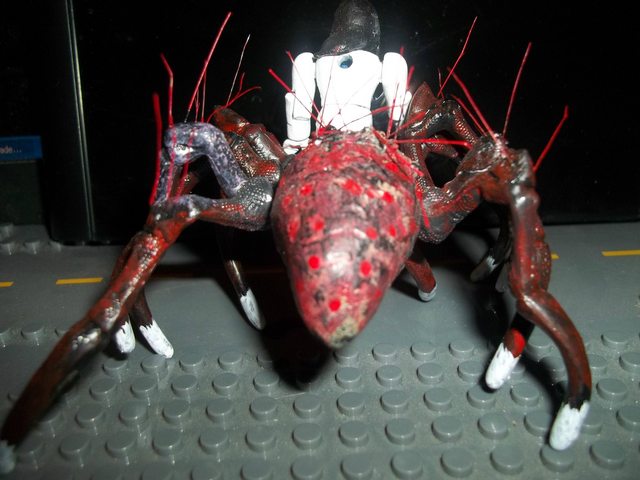 Just now occurred to me that the four spinnerets I attached to the rear of her spider are gone...

I was trying to mix a few colors up to try to get to that really cool color Mega uses for Cobalt, and stumbled across a real beauty. I was really feeling it, so I painted up a pair of figures to show it off. 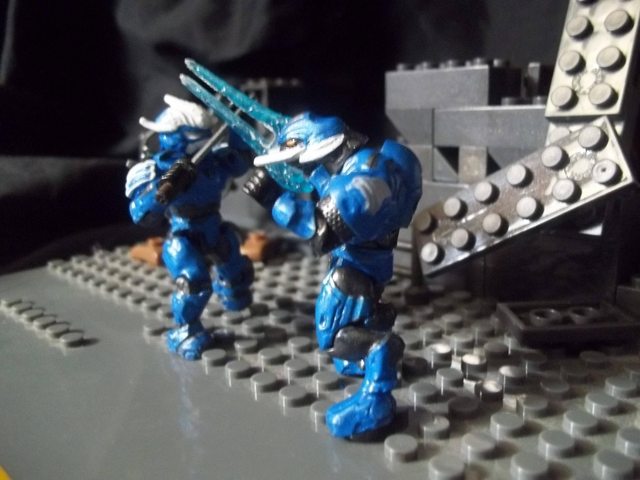 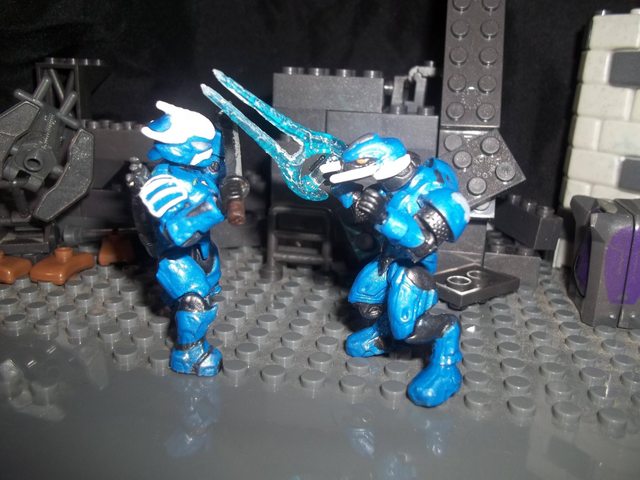 I really like this color, so I have a small batch of it left over, might make a fire team with it. I think it looks especially good on the Ascetic Elite. Just wanted to share what I've been dabbling with in between work and other customs.

That looks really good. Hard to tell these aren't retail!

I went for a PSX version of Snake, with a sneaking suit in mind. Didn't really plan on showing him off as he was a gift for a friend, So I just snapped a few quick pics before I sent him off. Here is my version.

As with most of my customs, These guys are heavily inspired by a video game. R-Type is a very old, but long running game series, and was a favorite of mine till it finally came to an end a few years back. Some of the more recent games included a huge variety of ships and accessories for them, which made the games very entertaining to play. Beyond the main antagonist, the universe was largely left unexplored, and as such, I've started to write about what happens after the second War of Bydo Homecoming. Here are a pair of customs inspired by my story.

This is R-9 Pilot "Ace" Archibald Rogers, currently serving aboard the UFBS-010 Sharp Fate, a Heimdall class Dreadnought on it's last run before being decommissioned. He's currently piloting an R-9E1 Midnight Eye AWACS outside the orbit of Pluto. 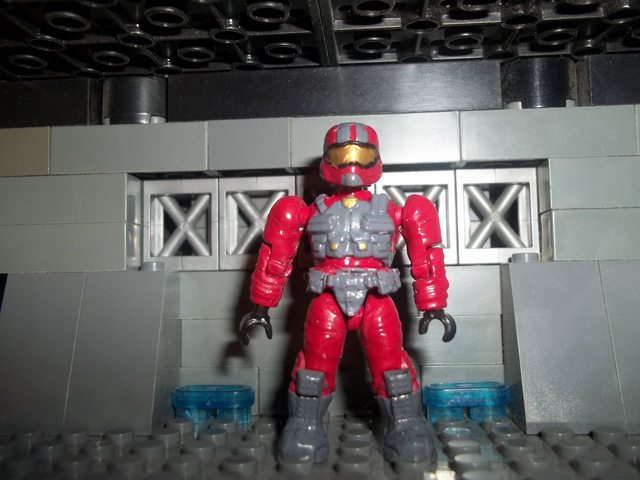 And this is the commander of the Sharp Fate, Captain Gustan Dillon. A veteran of the first and second wars of the Bydo Homecoming, and was a test pilot for the Space corps during the first Bydo invasion. A well respected man, Gus leads his crew with a commanding, yet caring touch. His aging ship soon to retire, he knows well that the men and women aboard will soon find new positions and captains to serve under. He is currently in orbit around Neptune running training exercises and serving as a refuel/repair station for early warning radar craft in the vicinity. 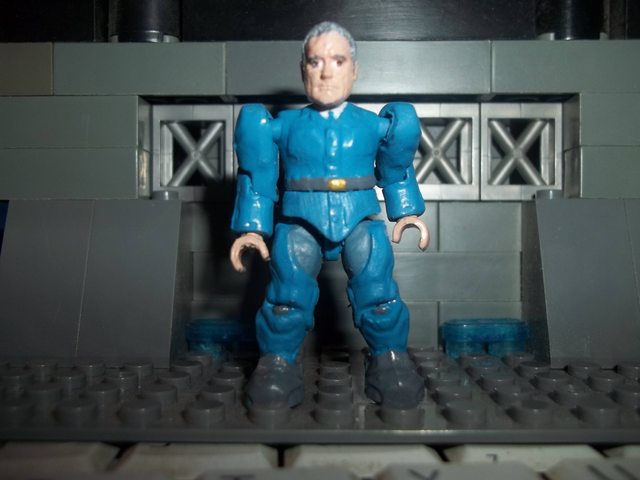 Only having played the first 3 in a limited capacity I didn't know there were people in the game. Hahah. These look really good. You have fun sanding/filing the pockets?

Made me realize I forgot something...

That a cap body with whiplash head? Works good! Makes me want a Cyborg Ninja

is that head from asphalt?

Yes sir. I originally had something else planned for him, but I couldn't resist using him in this custom.

Actually, its a cap body with Iceman's head! Looks very similar to Whips though, but you can tell the difference if you look close.

Ahh.. the pictures blur when I zoom in. Doesn't help that I'm on a phone.

Myn Dwun wrote:Only having played the first 3 in a limited capacity I didn't know there were people in the game. Hahah. These look really good. You have fun sanding/filing the pockets?

Made me realize I forgot something...

In the first 6 games, people are rarely even mentioned. My favorite in the series, R-Type Command, you play as a commander of a fleet of ships, instead of the single R-9. It gives you a real sense of the humanity behind the devastation that the Bydo Empire reeked upon us as humans in that games universe. Didn't see your reply before, or I would have said something earlier

Sanding is fun, whats interesting is that in person, I couldn't tell that there are still pocket remnants left, but in the pic, I can see that I didn't do such a great job. I'll be fleshing these two out in the story section, if you care to give it a read. I'll also have alternate clothing styles for Ace, as he's not going to be in his uniform all the time.

The head from Asphalt is GREAT! I'm ordering a few more from him asap, as they are simply too perfect to pass up.

Made a head for Ace, and a pop and swap/repaint body with just a TEENSY mod done to it. Lets see who can spot it. The symbol on his shirt is that of Bydogen in R-Type Command. Ace is kind of a "hipster", wearing things that are a little retro for his day and age, and things that may not be socially acceptable, like the symbol of a race that's hellbent on human destruction... 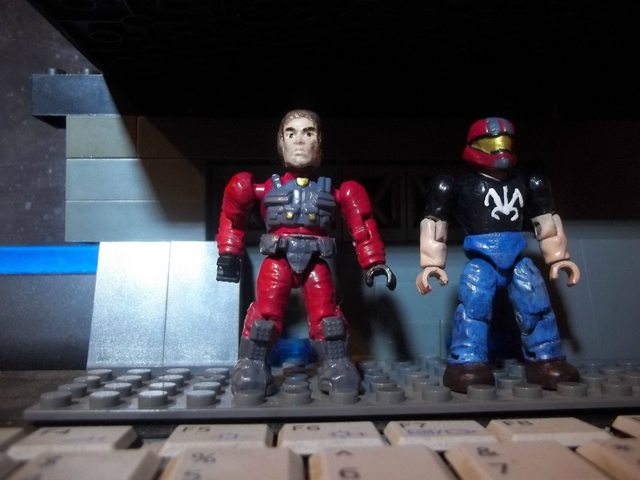 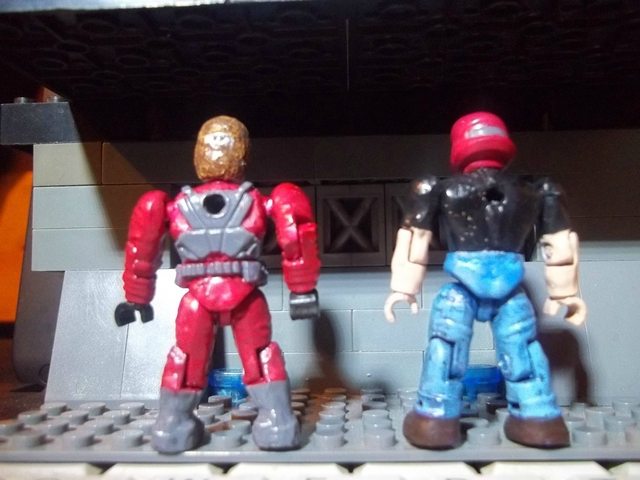 Here's what I'll be using as the observation deck on board the Sure Victory. I'll likely add more details, but this is a decent rough out.
Interior: 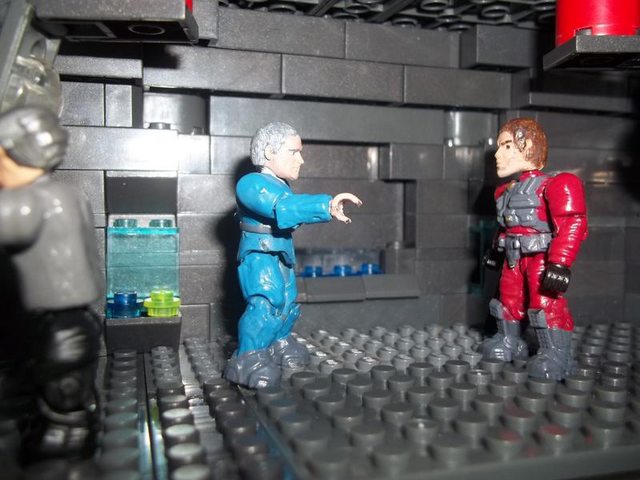 Exterio: I really like how it came out, rough, utilitarian, ugly 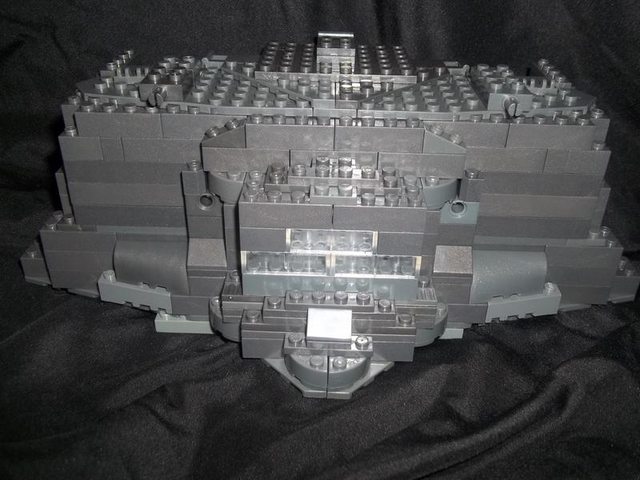 This section of the Sure Victory is just above the Vaen Cannon, it's main weapon. All open space operations are conducted through this station, and targeting for the main cannon is done here as well.

Thanks man, I'm really loving exploring this verse, even if it's mostly already built, I'm having fun moving my characters around in it.

Jeans are from the Xtreme Sports figures, they're old, but still available sometimes on Ebay. I THINK I sent one to Asphalt, emphasis on think...

I loved this game, Loved the default armor, and love the fact that the sequel to it will be coming out soon!

This was my main character when playing online, and minus a few icky bits I noticed thanks to my camera, He's a pretty good representation of my PSO Bowie. 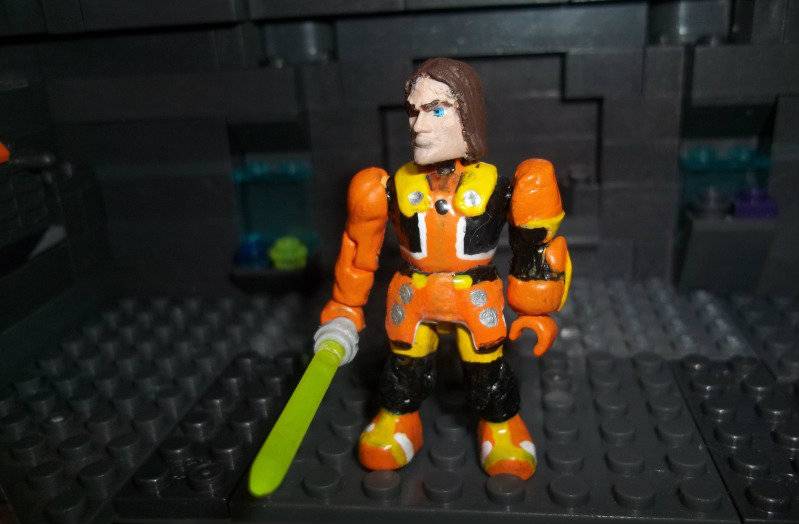 I butchered up the head a little, but for that arm piece there, no excuse. Just something I didnt see until I got the picture

I plan on making him a few more weapons and some Mags as well, so should be seeing him again in the future.

Got to love how pictures bring flaws to your attention... only helps us make them better in the long run! Off to a good start still!

I remember playing Phantasy Star... on SMS... Never cared for turn based rpgs... maybe if they use a variation on the Unreal engine for PSO2 I'd consider checking it out. hahah