Promised BF I'd wrap this up and a dedicated thread seems to be the best way to keep on track.

Plan to finish at least and post at least one stage per day.

Replaced the shoulder pieces and began test fitting of the claws on the armored skirt. Will probably trim them down a bit so that they don't come as low. Unless Fishy says otherwise.

I hope can match the colors I used when I test painted the head. Had an incident with one of the claw tips. 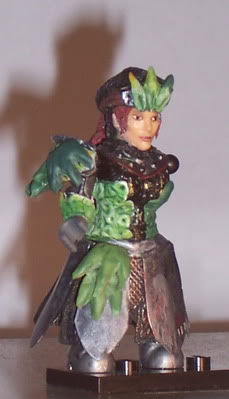 She looks good. How is the leg articulation?

Full articulation, but limited somewhat by the skirt. If BF so chooses, I can remedy that, but it isn't like she'll be riding horses in that getup. Though now that I say it, I kind of want to try...

Only if you make matching livery for the warhorse.

Now you're just tempting me.

No challenge. Easy to do - but you tempt me to sacrifice time and a horse. Neither are in great supply.

Definitely some adjustment need on those claws. Once i get it right, I should have the sculpt done in no time. Then there's the painting.

...and then the weapons 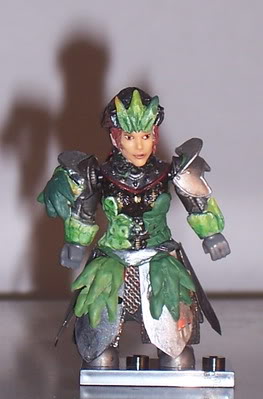 Got the right side thinned out, but I think they still hang too low.

I think it looks good

Every time I see this post in the portal, I misread it as Femalien and get excited before realizing it's my own post.

A femalien is actually upcoming from Bravefish productions... What type though, that's a mystery so far. lol. As for Ms hunter, WOW. She's coming along very nicely! I agree on those claws, they did look a bit too low, but I'm actually more than satisfied with how they look now. I'd say people might want to see those weapons in the hands of their fantasy characters, so you may send them to DR and he can forward them to me. Guys, You're going to LOVE the weapons I had picked out for her. They aren't the Sword and shield from the source image, but another pair from the game made from Rathian materials. BIG weapons 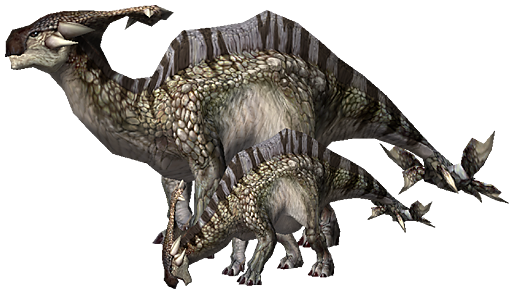 They also use these guys to transport things. 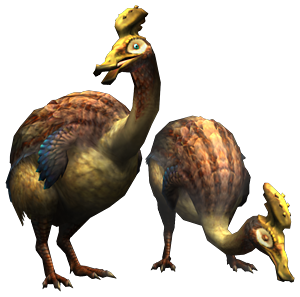 Hmm, these being cast means I'm a little freer with my materials. Excellent!

And those critters do not look like a comfortable ride

And no, not comfy, they usually pull carts, generally hauling the wyvern catch of the day. The Lynians ride them though, cats don't mind riding other animals apparently...

May get the armor glued up today. Got some small details to sculpt and some correction to make, then on to painting next week.

I've been waiting for updates on the figure to be posted, never realized it's already done... nice job with the details. Looking for more updates^_^

She's been in the works for a while now, but I'm sure we all agree that going back to school was more important than finishing a custom. I'm so glad you all like her... but she's mine!!!! Muahahaha!

Thanks, guys. here's a pic testing her articulation for two-handed weaponry. 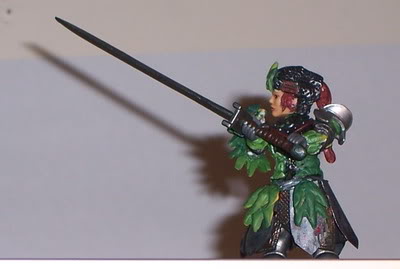 Perfect! Now a shot doing a tuck-and-roll, evading a giant fireball? Haha. Man, each pic just has me so stoked to see her in person!

When asked to tuck and roll, she said something very unlady-like and requested that i make her a very special custom hand.